Scientific consensus illustrates that the Earth’s climate is warming. Most climate scientists agree the main cause of the current global warming trend is human expansion of the “greenhouse effect” — warming that results when the atmosphere traps heat radiating from Earth toward space. In other words, greenhouse gases – such as carbon dioxide (CO2), methane, nitrous oxide and chloroflurocarbons – act like a heat-trapping blanket over the Earth.

This graph shows the change in global surface temperature compared to the long-term average from 1951 to 1980. Nineteen of the hottest years have occurred since 2000, with the exception of 1998. The year 2020 tied with 2016 for the hottest year on record since recordkeeping began in 1880 (source: NASA/GISS). NASA’s analyses generally match independent analyses prepared by the Climatic Research Unit and the National Oceanic and Atmospheric Administration (NOAA).

While climate change initiatives are often driven by Western science and facts, there is increasing recognition of traditional knowledges which have been developed by indigenous peoples over thousands of years of observation and a close spiritual and biophysical relationship with the environment.

The effects of climate change vary by region and are expected to accelerate through this century and beyond leading to more droughts and heat waves, longer agricultural and natural growing seasons, changing precipitation patterns, and rising sea levels.  Indigenous groups are projected to be among the most vulnerable in the face of climate change. This is in part because of these tribal communities’ close ties and reliance on ecosystem goods and services. 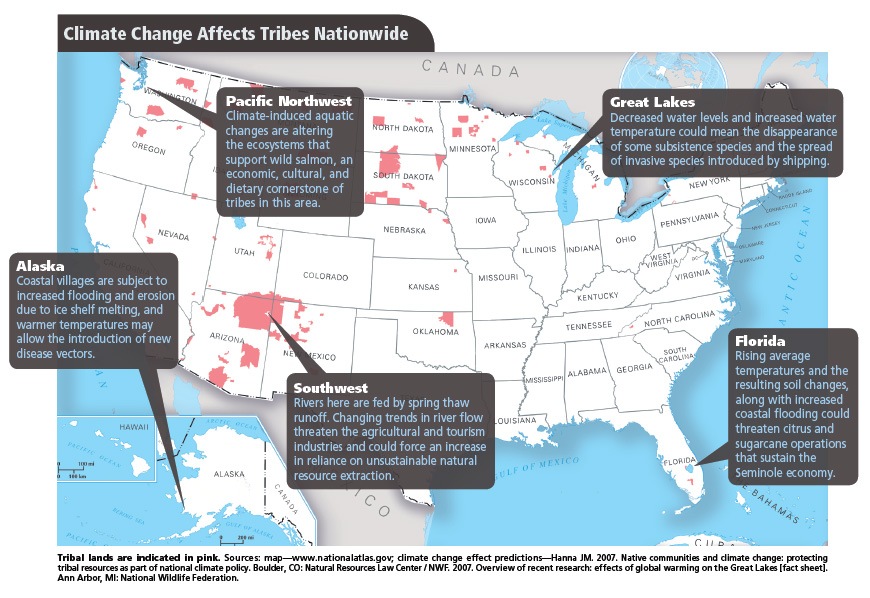 The Tribal Climate Health Project developed the diagram below to illustrate the drivers and effects of climate change, which results in a cascade of exposures and impacts, including health, and threaten valued community assets. Many tribes view health holistically as a function of human health (physical, mental and psychosocial), cultural and spiritual health, and socio-economic health. Tribes also view these aspects of health as deeply interconnected with the natural environment, and often dependent on the built environment. 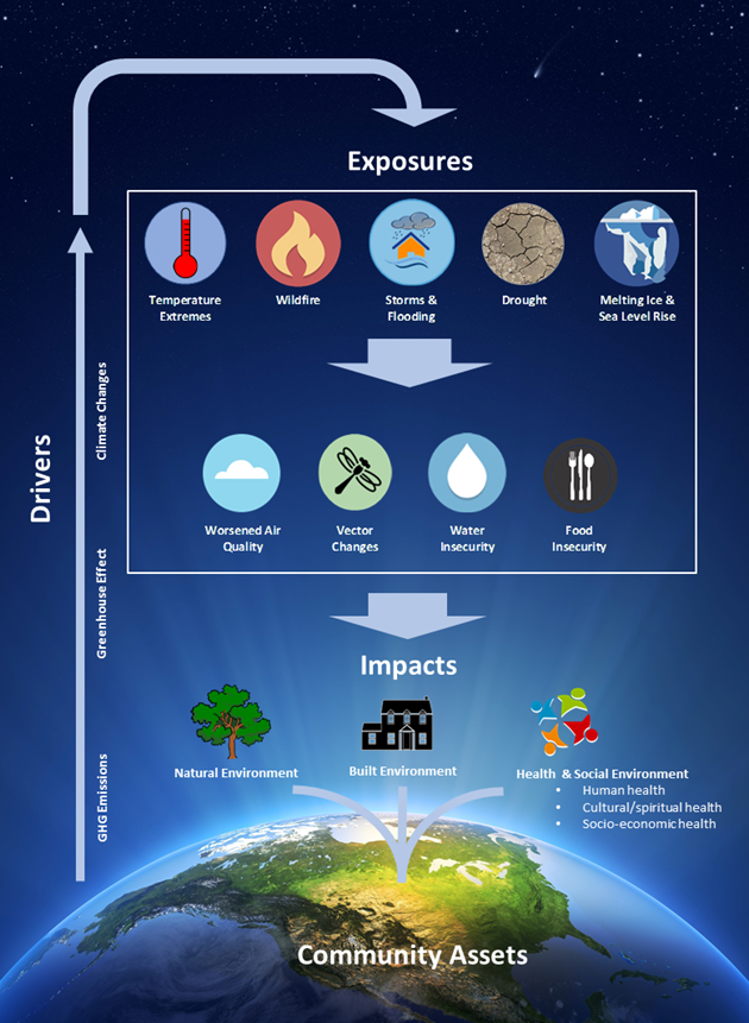 While action is needed to reduce greenhouse gas emissions that are causing climate change, the health sector can begin to prepare their employees and communities for the inevitable impacts and make the most of their limited funding and staff. Tribal health practitioners have an opportunity to prepare for the health risks of climate change that are already adversely impacting health and wellbeing around the world and will continue to pose a long-term challenge for tribes and their community health organizations.

The resources provided in this website aim to prepare tribal professionals and partner organizations to respond to the health impacts of climate change that are projected to increasingly affect their communities.